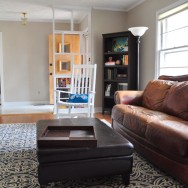 Ding Dong The Mural’s Dead. And Memorialized On My Mantel.

Oh, hi. It’s me. Remember? I’m the girl who sometimes blogs around these parts.

Lately though, instead I’ve been: END_OF_DOCUMENT_TOKEN_TO_BE_REPLACED 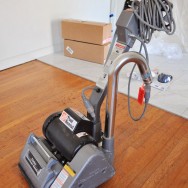 A Real-Time Glimpse At The Calm Before The Storm.

THIS is what Christmas is All About.

I think maybe my last post was a little long.  It scared me away for a few days, and I apologize for that.

And I have a cold.

And what I originally intended to become our every-other-year small dinner gathering of Christmas misfits — an intimate dinner served family style with wine and board games for those who aren’t traveling “home” this year — is now turning into a full-blown party of sorts, and I’m kind of stuck wondering how the girl who doesn’t like throwing parties (that would be me, in case you’re new here) keeps ending up throwing parties.

Not that I totally mind.

I mean, the idea that people who have no where else to go this holiday are willing to settle for our little ol’ house that can barely squeeze a comfortable gathering of 6 is kind of a heartwarming thought.  I just hope they all don’t mind confined spaces.  And a really strange medley of food.  And not moving.  Like, at all.

Other than that, it should be fun.

And the good news is, they will have a floor to stand on.

Yeah… so please ignore the unpainted door trim, odd green tinge I can’t seem to get rid of and unfinished shoe molding, and just look at the floors.

I’m working on my style.

We still have a long way to go, but I’m thinking the floors are a step in the right direction, no?

If you’re not convinced, here’s a closer look:

Apparently My Design Genes Have Been Replaced With Wine.

It occurred to me that I’ve never showed you our living room.

I mean, aside from this picture from move-in day:

And, while it’s far from finished, I think it’s come a long way since then.

This is slightly embarrassing.  This is a photo I quickly snapped when the room was clean for about 4 seconds.  It’s especially embarrassing after recently publishing photos of my friend Matt’s ridiculously awesome home on Re-Nest.  I wish I could replace everything in my house with his delicious, paint-peely, story-filled furniture, but alas.  New furniture — even old new furniture — is just not in the cards right now.  Which is why, dear readers, it’s important to collect things you love slowly over time.

A lesson I still clearly need to learn.

Anyway.  Looking at the above photo, it’s obvious I like things cozy, and, as determined by that style quiz of yore, I’m into a room with craftsman style that’s apparently filled with booze.

Hey, that’s the quiz talkin’– not me.

But it’s also me,

The overstuffed sofas have seen better days, as I’ve mentioned before.  They’re too big for the room and happen to be the first new furniture Justin and I bought together… seven years ago.

Everything else is way too matchy-matchy — my entertainment console on the left, which I’ve had for 9 years, used to be blonde wood laminate that I’ve since disassembled and painted dark.  Then apparently I went on a dark wood kick, because the Target bookshelf, end tables, and sofa table (not pictured), are also all dark wood.  Matching dark wood.

And finally, the carpet.

That carpet is nasty.

And I use the term “survived” loosely.  As in, it’s still there.  Mostly.

And this, my friends, is next on the list.  We’re getting ready to order some laminate floors.

Well, we’re set on a DIY install to save some much-needed moolah, and wood requires a lot more work (nailing, gluing, etc.).  Also, while we’re getting a really nice laminate, the material is less expensive than wood.  Also, we’ve really already spent too much money on this house for its price point, so we really shouldn’t expect to recoup anything else we spend.  Higher end laminate will look just as nice as wood floors, and while it doesn’t have the classic longevity, frankly, we’re not going to be here long enough to care.  Plus, with the warranty, this laminate should last much — much — longer than carpet.

This is what we’ve been eyeballin’.  In the Cosmopolitan color.  Yes, it’s high gloss, which worries me, too.

Anyway.  I’ll share more details on that when we actually order.

I just thought you should know.

Any strong opinions out there on laminate vs. hardwood?   Are we making a horrible mistake?  Should we just abandon the house and move now to a yurt in northern California?

I Really Should Start Doing This Professionally.

Well, happy Monday morning, everyone!  Or is that just me because I’m sitting here at my computer in my kitchen wearing shorts and a t-shirt and sipping coffee while the rest of you suckas are like dressed and working and showered and stuff?

Except, of course, dancing is not what I was doing.

I was serving food and beverages to patrons who, for the most part, are usually pretty cool, but for some reason this weekend were mostly complete asswipes who couldn’t bring themselves to tip more than 10%, which might be okay for some crummy waitress who never smiles and messes up your order and doesn’t refill your drinks, but trust me when I say I’m nothing if not great at my job and if you’re tipping me only 10%, there is seriously something wrong with you.

(The exception on Thursday was the lovely mother/daughter duo who had me take their picture and almost made me cry over the sheer… genuineness of their relationship and also tipped me $18 because they’re pretty much the best people in the world.)

Also, I’m painting my entire living room today (and most likely tomorrow because, as I’ve explained before, painting is not necessarily just a let’s-slap-some-color-on-these-walls-and-call-it-a-day type of project — it’s a meticulous, tedious, back-breaking, laborious undertaking, the likes of which I’d wish on all tight-wad tippers of these Great United States for the rest of eternity).

I painted the crown molding last week, a task I’ve been putting off for four years since we painted the living room the first time without taping off the molding because we knew we’d be painting it (eventually).  And unfortunately, now that the molding is all crisp and clean and white and looking brand-spankin’-new, it’s become painfully clear that the walls need repainting as well.

The thing is, it really would’ve made more sense to paint the trim first (oh yeah… I still have to paint the baseboards, too) because I can do that without taping off the walls, and then I can use my awesome little short-handled brush to cut-in along the trim with the wall paint without having to tape anything off, just like I did in the office.

Sure, I have to be a bit more careful while I’m “tracing” the outsides of the room, but I assure you it’s quicker (and cheaper) than applying all that tape.

So why am I repainting the living room?

1) It was the first room we painted when we moved in, and we had no clue what we were doing.  The “neutral” color we picked turned out to be pretty yellow, and while I personally loved the green accent wall around the fireplace, we realize that one day we’ll actually have to sell this place and it’s probably wise to choose something that will appeal to more buyers.  Also, we originally used a semi-gloss paint, which unfortunately shows every little flaw in the walls, and that just won’t do when you live in a 17-year-old house previously occupied by renters.

The colors are slightly more muted than this in real life, but this should give you a good idea of how they look now:

2) One of our first projects was patching up these speaker holes on either side of the fireplace, and let’s just say we didn’t do the greatest of jobs.  Pair a crappy patch job with semi-gloss paint, and you have one fugly wall.

So recently Justin re-did the patch job, which affords the perfect opportunity to just go ahead and repaint the whole room.

Oh, and our friend Matthew from Inside the Nice Guy will be arriving for a visit on Thursday, so I have T-minus 3 days to complete this project (and other guest-prep tasks) before he gets here.

There’s nothing like the imminent arrival of company to motivate me for house projects.

Since it’s already after 8:30 a.m. and my coffee is all gone, I should probably get started.

Do you think Justin would have a problem with me removing our giant plasma t.v. from the wall by myself?

Oh well.  No one can say I didn’t try to get started.

Even Baby would Sit in My Corner

How to Hang a Wall Photo Gallery

Raise your hand if you have that popcorn-looking stuff on your ceiling.

Raise your hand if you hate it as much as me.

When we first moved into our house, one of the first big projects we tackled was removing the popcorn from the living room ceiling.  There were some fugly track lights in the corner, and when we took them down, they left behind a yellow mark.  Rather than try to paint over the popcorn (which could have been disastrous), we decided it all had to come down.

This was actually one of the easiest – and messiest – high-impact projects we’ve done!

Just wet down the ceiling, bit-by-bit, and then scrape off the popcorn with a large putty knife.  We used a previously-unused insect repellent pump sprayer, which worked pretty well.  Not only does wetting the popcorn make it slide off like buttah, but it drastically cuts down on the dust.

***IMPORTANT NOTE***  If you live in an older home, you will want to have your ceiling tested for asbestos before you try this.

We lined our walls in plastic because we foolishly painted them before the popcorn removal adventure.  The walls are optional, but covering your floors with heavy-duty plastic or fabric drop cloths is highly recommended (for obvious reasons).

The device the hubs is using is his very own, jerry-rigged popcorn-sucking tool.  Basically it was a shop vac with a putty knife duct-taped to the hose.  Again, this is optional – I preferred to let it plop all over the floor around me.  There was something immensely satisfying about the mess this created.

Until I accidentally stepped in it and dragged it across the kitchen floor.

After the popcorn removal came the real work.  We were lucky because the drywall on our ceilings had already been taped, puttied, and sanded fairly smooth.  Often builders will neglect to do this and use the popcorn as a cover-up for unfinished work.  Even so, the hubs we still had a lot of sanding and painting.  The sanding created a LOT of dust, so you will want to wear a mask if you try this yourself.

Unpainted drywall sucks up paint like crazy.  We ended up with one coat of primer and two coats of paint.

Once we had a nice, smooth ceiling painted a slightly lighter shade than the walls, our 8′ ceilings looked substantially better.

Before (with the old, crusty popcorn):

After (with the smooth, creamy ceiling):

Has anyone else taken on a project like this?  We thought it was worth the work.