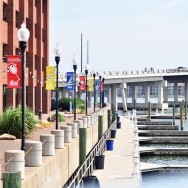 Coarse brush and scraggly trees cleave deep roots into shallow soil and hunks of stone, breaking apart with slow determination the very lifeblood they need to survive. The lawn is maintained, for all intents and purposes, where no lawn should grow, and strangely verdant vines drape over the walls of the fortification, attempting to either touch its toes or swallow it whole. END_OF_DOCUMENT_TOKEN_TO_BE_REPLACED 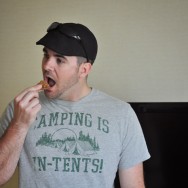 Arlington, VA: A Gateway To (And Getaway From) D.C.

Spring is the best time of year because it holds the promise of a long, luxurious summer and it’s still possible for me to walk outside without immediately forming a sweat ‘stache. The days start getting longer, the birds start chirping sweetly, and suddenly that motivation I’d been missing all winter because I was busy being SAD attacks with renewed zest. END_OF_DOCUMENT_TOKEN_TO_BE_REPLACED 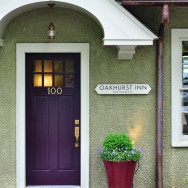 Plum-colored doorways and big bacon scones at the Oakhurst Inn in Charlottesville, Virginia. Read the rest of this gem… 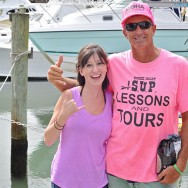 Virginia Beach Stand-Up Paddle Boarding: Like A Pug In The Water.

So it turns out that I’m not a terribly synchronized person. I once described my dancing as a pug trying to swim — all wiggly and uncoordinated and ultimately spinning in circles when I know more should be happening, if I could only get all of my parts to cooperate. END_OF_DOCUMENT_TOKEN_TO_BE_REPLACED 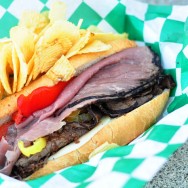 My Chins Ate The Streets In Newport News.

The thing about Newport News — the city where we live — is that it has a bad rap. At least amongst the military circles that tend to influence how I feel about a place before I actually get there. END_OF_DOCUMENT_TOKEN_TO_BE_REPLACED 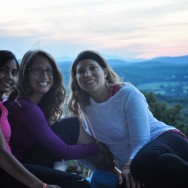 I’d promised myself that here, I wasn’t going to swear.

Read the rest of this gem… 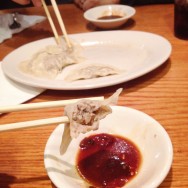 An Abundance Of Deliciousness And Other First World Problems.

I never thought I’d say this, but for a very brief and recent period of my life, I was actually getting a little tired of eating out. END_OF_DOCUMENT_TOKEN_TO_BE_REPLACED 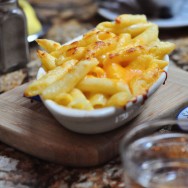 Williamsburg Tastes Nothing Like Chicken. And That’s A Good Thing.

Lately I feel like this blog has become nothing but a representation of the gluttonous feast that has become my life. END_OF_DOCUMENT_TOKEN_TO_BE_REPLACED

My apologies, but I’ve had no real time to write or edit photos — Headed to Baltimore in a few!

Isn’t this always the conundrum of someone who wants to write about travel?

When you’re traveling, where is the time for writing?

But I can tell you this — I feel great.  Alive.  Better than alive.  The road is better than any rejuvenating facial cleanser sold at the local drug store.

In the meantime, check out this killer crab cake sandwich I stopped and ate on the drive at a place called Java Jack’s Coffee House:

In a last-minute decision to take Hwy 301 North from Williamsburg, VA to Annapolis, MD so I could avoid the ever-terrifying experience of I-95 around D.C. (though sadly bypassing the IKEA there as well), I passed through a little town called Tappahannock.

No, I don’t know how to pronounce that.

It’s perched along the southern edge of the Rappahannock River.

No, I’m not making this up.

Anyway.  I saw this little white house once I passed the inevitable slew of fast food and American family style restaurants and entered the older part of town.  I was greeted with a smile and told to seat my self.  I was, by far, the youngest patron there on a Monday morning at 11:15.  Sadly, I’d just missed breakfast, which I’m convinced now would have been spectacular.  I was just about to ask whether they’d make an exception to their 11:00 lunch rule when the waitress informed me that one of their specials for the day was a crab cake sandwich.

I hadn’t technically crossed the Maryland border yet, but I figured my 15 minutes late for breakfast was a sign I should partake an hour early in some famous Maryland crab.

For all of my culinary expertise, this may have come from a can.

But I can tell you this:  It certainly didn’t taste like it had.

Oh, and the bathroom was spectacular.

Let Me Tell You About This Trip.

No, not a psychedelic shroomie trip I maybe once had back in college.

I’m talking about this trip:

The one I’ll be taking in approximately one month.

The one where I’m driving, because I like to drive, and Justin will be flying to the endpoint, Philadelphia, because he’s a cheater and doesn’t understand the beauty of the road.  And also because he can’t take that much leave from work.

I’m incredibly excited about this trip for 2 reasons:

One, I will be going somewhere.  That’s right — it doesn’t take much to make me happy in this world, and ‘going somewhere’ usually does the trick.

Two, I will be visiting some of my favorite people on this planet.

Angie, the saucy Aussie, lives in Williamsburg, VA.  We studied rocks and maps together in college, and apparently Geology and GIS have tighter bonding power than whatever JLo used to stick her dress to her boobies at the Oscars last weekend, because even though sometimes whole oceans have separated us (her husband is in the military, too), we still always find a way to come back to our friendship.

Me ‘n Angie.  She’s trying not to look at my peeking areola.

Now.  If you’ve been reading this blog since my quarter-life-crisis days (which, let’s face it, will probably linger on into my midlife), you already know Erin.  If not, she’s the one who quit her job with me so we could move to Costa Rica for 2 months.  All it took was one trip to visit her in Frederic, MD and several cocktails, but eventually she caved.  And although she won’t admit it, I’m pretty sure she knows it’s the best thing that’s ever happened to her.  You know, aside from meeting her husband and moving to Annapolis and buying her awesome fixer-upper and going back to school to follow her life dreams.  But whatever.

And finally, there’s Anna and her family, who live in Philadelphia, PA.  What can I say about Anna?  Well.  The first year I visited Justin’s family for Christmas was a little… overwhelming.  My family is very small, not to mention divorced, and with just a handful of cousins, our holidays were pretty low-key even back in the days when we all got together.  So, imagine how I felt when I entered his grandparents’ enormous house filled to the brim with family.  Aunts, uncles, and 23 (or so?) cousins.  And that’s just his dad’s side.

When I met Anna, she took me under her wing.  One of Justin’s aunts through marriage, she knew what it was like to come from outside.  What’s more, we’re very similar in beliefs and personalities.  And while I love visiting that huge family whenever we can, I’ll admit it’s nice to know there’s someone there who understands a little about from where I come — and why, sometimes, I just need more wine.

The thing about large family holidays is that, while you can spend all of this quality time with people, you still might not really know who they are.  Think about it.  If you’ve never seen the place someone calls “home,” do you really know that person?  I loved visiting some of Justin’s other aunts in Colorado one year because we finally were able to see what home was like for them — and they weren’t these bustling, crazy houses full of people, but  normal family homes.  Just them surrounded by the things they love.

This is why I’m looking forward to seeing Anna and her family in their own element — just them, their city, and maybe a couple of Philly Cheesesteaks.

Kids, I have never been to NYC.

I kept waiting for that publisher or agent to call me out of the blue and invite me up for cocktails and a book deal, but it never happened.

So here I’ve been sitting, less than 12 hours away from this country’s most defining city, just waiting for an invitation.

So those are the major planned stops so far, but I’m open to visiting some other sights along the way.

Anyone know of something along this route that’s worth the stop?  An amazing restaurant?  The perfect thrift store?  The world’s largest ball of twine?  Do you have or know of a wonderfully designed home that I should photograph for Apartment Therapy?

Hey.  I’ll admit.  While I love a good road trip as much as the next girl, I’m not going to turn down the opportunity to make a little money.