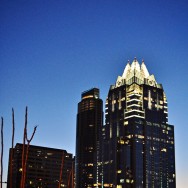 This Is Why I’m All About The Second Chances.

So the first time I visited Austin, I only had a day to spend there. END_OF_DOCUMENT_TOKEN_TO_BE_REPLACED 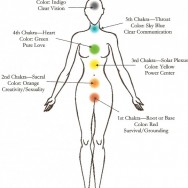 I’m Not Saying I’ve Completely Figured Out The Universe, But I’m Pretty Sure I’m Getting Close.

I have a confession.

I did more in Austin than just eat. END_OF_DOCUMENT_TOKEN_TO_BE_REPLACED 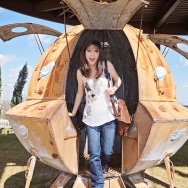 You Know It’s A Good Day When There’s A Spaceship Involved.

If there is one thing I tend to strongly dislike when I travel, it’s the super gimmicky, come-stand-in-this-line-because-everyone-else-is-doing-it-and-at-the-end-you’ll-be-rewarded-with-an-exorbitant-bill-to-do/see/taste/hear/smell-something-you-probably-won’t-really-even-enjoy-that-much-anyway-but-hey-at-least-it-was-entertaining type of activities. END_OF_DOCUMENT_TOKEN_TO_BE_REPLACED 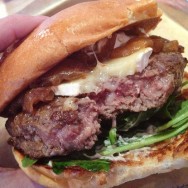 This Is Exactly Why I Could Never Be A Vegetarian.

So you know how I always tell you to find yourself a local when you travel to a new place — whether it’s someone you knew already or someone you meet while there?

END_OF_DOCUMENT_TOKEN_TO_BE_REPLACED 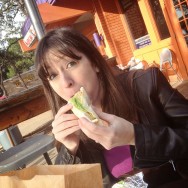 Austin, A Summary: Tacos, Cheese, and Texas Beef. And Cheese.

So in case you need a little recap of what’s happening, I’ve made my way down to Austin, Texas where I’ve eaten my fill of tacos, cheese, beef, and beefy cheesy tacos. END_OF_DOCUMENT_TOKEN_TO_BE_REPLACED 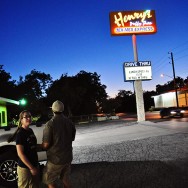 I don’t only eat fancy food.

END_OF_DOCUMENT_TOKEN_TO_BE_REPLACED 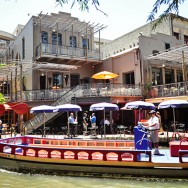 They Paved Paradise And Then Dug Tunnels To Access It Again. Seriously, San Antonio. That’s A LOT Of Work.

Travel Tip #257: No Commode Is Too Good for YOUR Derrière.

I don’t know about you, but I’m not a huge fan of public restrooms.

Although, they’re admittedly worse in some of the not-so-touristy areas, like Bagaces, Costa Rica.

One time I got locked inside the restroom at a bar in Bagaces, which was really only a coffin-like broom closet with no toilet paper and a splintery wooden door and happened to be the only fully enclosed room in the entire bar, but damn it if it wasn’t the best and more secure closed room ever, because the proprietor had to kick the door in with her foot to rescue me from my claustrophobic-induced panic as the walls started caving in around me.

There’s really nothing to do about those kinds of restroom situations except to carry a roll of toilet paper on your person and hope that someone — anyone — can hear you scream.

But there is something you can do about nasty restrooms in many heavily populated, touristy, first-worldy locations — the kind where every single commode is stuffed to the brim with toilet paper (if you’re lucky), bowel contents (if you’re not lucky), or covered in urine because someone was too dainty to sit fully on the seat and ironically has become the very culprit of the crime she was so worried about falling prey to, which, we all know, is sitting in someone else’s piss. So because she was so worried about getting some on herself, she dribbled more than a drunken sailor and worse, didn’t bother to clean it up.

Because she’s too good to wipe her own mess.

And obviously that scenario mostly applies to women, but I’m sure men can relate too, when it comes to the concern of cracking their heads on a porcelain urinal after slipping on an unknown wet floor substance likely deposited by an over-hygienically concerned patron who refuses to touch anything after he washes his hands and streams water across the chipped ceramic tiles as he maneuvers the door open with his elbows, therefore making life much more dangerous for everyone else.

Because these things happen.

And if everyone would just keep their pee in the toilets and the water in the sinks and thoroughly wash their hands like good boys and girls, we really wouldn’t have to worry about any of this.

But again, I digress.

Sometimes there’s something you can do to avoid these public human waste dumping monstrosities all-together.

When my friend Stacy and I were wandering around The River Walk in downtown San Antonio, Texas, we found ourselves in need of a facility. We were, however, on a fairly quiet sector of the walk, away from the bustling restaurants and shops and public restrooms. What was nearby were hotels. Seemingly dozens of high-class, glass-doored, glimmering, shiny, luxurious hotels with back door access to The River Walk.

For some, we could just walk right in.

What? We’re not in a public restroom? We totally thought ALL River Walk restrooms had marble tiles and wicker wastebaskets and totally private stalls. Huh.

For others, we coyly conversed just outside the doors until a Chanel-draped guest exited with her toy poodle (I swear that really happened, although maybe it wasn’t Chanel. Or a poodle.) and we slipped inside before the chance was lost forever.

Solid granite counters, anyone, with an intricate mosaic tile surround? Doubt they had THESE in the public restrooms.

The thing about hotels is that once you’re inside, no one really dares ask whether or not you belong there.

And most have public restrooms in the lobby or better still, for us, in the finished and rarely occupied lower levels.

And we’re not really doing anything wrong — we’re just peeing, for crying out loud.

I’m sure the hotels would rather we go inside than whip out a shenis (don’t watch video at work) and go on the side of the building like common vagabonds.

Grabbing his hand and hauling him across the street, I whispered, “Act cool — we totally belong here,” as we strolled past the valet and crept in the back door of The Grand Bohemian Hotel.

It turns out we didn’t actually have to sneak since this stunning space is very much open to the public with an art gallery, restaurant, and — you guessed it — public restrooms.

I’m pretty sure these are the coolest mirrors ever.

I have more photos of this amazing hotel to share with you later, but, lucky for you, this post is specifically dedicated to bathrooms.

The next time you’re wandering around Tourist Land searching for a restroom, head for the hotels instead. I’m pretty sure this is sound — and totally legal — travel advice.

If it’s not, don’t call me from prison. You don’t know me. We never even had this conversation.

I will not take responsibility for your decision to poop in a hotel where you’re not paying to stay.

(But do write and tell me about it so I can amend this little post. Thank you.)

And Two For Tea…

As much as I’d like to be, I’m not really a tea drinker.

I enjoy thinking of myself as misplaced Euro trash, but more of the waify, carefree, wine and cigarettes with lunch variety than the humorless, pearl-wearing, yellow-stained teeth variety.

And I don’t smoke.

Because it’s a cruel, cruel world.

My point is that despite all of the wonderful things I hear about tea, I much prefer getting my nighttime antioxidants from fermented grapes over sticks and leaves, and coffee is too ingrained into my mornings for me to wake up to anything else, and for those reasons I will probably never be a true convert.

When I was in San Antonio a couple of months ago, my friend Stacy took me to a tea room that almost changed my mind.

See, I’ve always maintained that when you visit a new city, it’s wise to make yourself friendly with a local.  Stacy and I go back to our cubicle days on Fort Bragg, but we kept in touch after I ran off to make hot sauce in Costa Rica and she ran away with her husband back to Texas.

In a city like San Antonio, it’s easy to get lured in by its magical River Walk filled with overpriced restaurants, twinkling lights, touristy shops filled with trinkets to take home, and plenty of beautiful spots to sit and contemplate how many drunk spring breakers have peed off the boardwalk into the murky depths of the waterway. But with a local, you might be more inclined to visit the city’s rusty edge or the King William Historic District, where resides a squat maze of rooms that comprise Madhatters Tea House & Café.

Beamed ceilings, crooked rooms, mismatched chairs and local art define the quirky decor, and one look around made instant my decision to ignore the long line at the counter and treat it as a true sign that this was the place to have lunch.

Of course, since this was a tea room, we decided to embrace our girly girl selves and ordered the Tea for Two, complete with crustless sandwiches, scones, and little mini desserts with fancy French names.

After ordering at the counter, we selected our tea cups and I was reminded for a second of what it’s like to just play. To make tea cup selection a big, stinkin’ deal. To forget for a minute about mortgages and Homeowners’ Associations and quitting my job and just have a tea party because dammit, sometimes you just want to lift a delicate cup from an intricate saucer, stick your pinky in the air, and curse your decision to leave the house without your wide-brimmed hat.

I don’t remember what kind of tea we drank, but it was delicious, served hot and steeping at our table in its own funky pot.

And excuse me? Crustless sandwiches? I always thought that was wasteful as a kid and so never requested my bread sans crust, but whoa. I was missing out. There’s something about thick, fluffy bread unimpeded by stiff crust, and tell me — will people start looking at me funny if, at almost-30-years-old, I start cutting the crust from my sandwiches?

If so, I’ll just tell them my teeth are rotting because I’m getting so old.

Meager as it looks, it was actually a pretty filling amount of food. And the trick, my friends, is to eat slowly. Savor the flavor. Sip warm tea. Enjoy conversation with long lost friends and pretend, just for an hour, that life’s as simple as we want it to be.

It wasn’t wine and cigarettes, but the effect, I think, was the same.

Sometimes I Have Fun.

I don’t know if you know this about me.

The kind of fun where you don’t even think about it.  You just do it.

Well.  After my whirlwind tour of San Diego and before the piercing situation in Austin, there was a concert.

There was a concert in New Braunfels, Texas.

I don’t know much about New Braunfels.

But I DO know they have excellent ice cream cones.

And I DO know they have plenty of Ooohs and Ahhhs.

And I DO know that their Whitewater Ampitheater is where the Avett Brothers decided to have a concert.

Which makes New Braunfels a-ok in my book.

The wind that blows from here to California
Never stops to turn and wonder why it goes.

A jet plane and a big idea
I jump over the sea
What-ifs hot on my trail
But they can’t catch me, oh no

Decide what to be and go be it.

So when Stacy called and said she bought me a ticket, I knew I had to go to Texas.

Even though Texas in July is hot.

And the concert was outside.

But it mattered not that Stacy, her sister Andrea and I found ourselves drenched and tipsy in a crowd full of sweat-slick people, because they were our people.

Even (sigh.) the super tall ones.  (This is me, by the way.  Incredulous and sweaty.  I mean glowing.  Glowing like a pig.)

Despite the tall folk, we me managed to have some fun.

I’m not big on crowds.  I’ll be the first to admit it.

Thank you, Stacy!  It was everything I dreamed it would be.

(Minus the part about the Avetts inviting me back to their bus to serenade me with a private show, but hey.  We can’t have everything.)