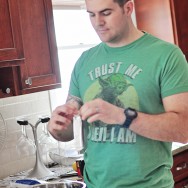 I Wanted To Call It, “You Kissed Your Sister?” But Justin Wouldn’t Let Me.

Okay so you know how we’ve been doing this Food Lover’s cleanse, END_OF_DOCUMENT_TOKEN_TO_BE_REPLACED 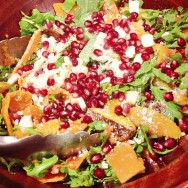 I’m Reneging On A Promise? QUICK! I Shall Distract You With A Hearty Winter Salad.

Yesterday I told you that I would have a bathroom update for you today, but I lied.

END_OF_DOCUMENT_TOKEN_TO_BE_REPLACED 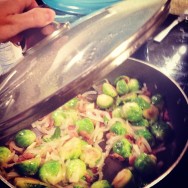 Apparently The Best – And Worst – Side Dish In Existence. The People Have Spoken.

Did you know that you guys are like, obsessed with Brussels sprouts? END_OF_DOCUMENT_TOKEN_TO_BE_REPLACED 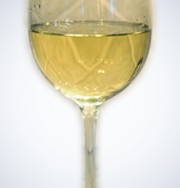 My New Rating System. And Also Why I Probably Shouldn’t Be Allowed To Hold Sharp Objects.

I make my own granola.

Sounds quaint, I know.  Like knitting my own socks or preserving my own peaches or churning my own butter.

But the thing is, I like granola.  It’s a fantastic breakfast, it’s healthy-ish, and it’s crazy easy to make.

Heck.  You don’t even have to bake it if you don’t really want to.

To make it, you will need pretty much anything you want.  You can use the recipe below as a guide, but don’t be afraid to get a little crazy.  Like agave nectar instead of honey?  Use it.  Prefer vegetable oil to coconut oil?  Be my guest.  Crazy about oat bran?  Substitute for some of the ground flax and toss it on in.  If you want your granola to be more sticky and less crumbly, make more of the “wet” part (step 2) and cook a little less.

This can get a little pricy, depending on the ingredients you choose, but it makes a lot.  If you were to buy the same amount from the store, you’d not only be spending mucho deniro, but you’d be getting all kinds of not-so-awesome added sugars and preservatives and all of that crap that makes us feel slow and drudgy instead of awesome and powerful.

Here’s what I used in my last batch:

2)  Mix the last 7 ingredients (salt, sugar, syrup, honey, oil, cinnamon, and vanilla) together in a sauce pan, heat over medium-high heat, and bring to a boil for 1 minute.

3)  Pour the wet stuff into the bowl with the dry stuff and stir to combine.

4)  Line a baking sheet with foil or parchment paper, then spread the mixture evenly and bake at 300-degrees F for 30-40 minutes, stirring halfway through.  It will keep cooking for a bit after you remove it, so don’t worry if it’s not completely crunchy before you take it out.  If you like it softer, bake it less.  There really are no rules — just don’t burn it.  That’s easy to do, so watch closely as you start to near the end of your cooking time.

Once you take it out, add your raisins or chocolate or whatever your little heart desires.  I prefer mine plain.

Let it cool on the sheet before storing it in an air-tight container.

5)  Serve however you’d like!  My favorite is over vanilla or plain yogurt with sliced strawberries.

Mmmm.  All I have left to do is put my hair in dreads and buy some hemp pants and I can officially call myself crunchy.

But really, with granola like this, that’s not a bad way to be.

Also, it will make you feel awesome and powerful.  I promise.

Really. What’s So Wrong With Eating Your Feelings? Because Mine Taste AWESOME.

What is happening with the world right now?

I think there’s just such an overload of fodder out there right now — and such a lack of focus on my part — that I tend to get overwhelmed and rather than talk to anyone ever, I instead opt to curl up on my sofa with a couple of mangy mutts, a glass of Zinfandel, and a streamed movie on Netflix that I didn’t realize was subtitled until 10 minutes in.

In other words, I have a lot of time to think.

There comes a time in most unpaid, extreme ADD blog writers’ “careers,” when the writer must evaluate the situation and make a choice.  MY situation is that I’ve been doing this for almost 2 1/2 years, and barely anyone reads Domestiphobia.

And I love those of you who do — you’re like the validation I never got in high school.  The prom date, the braces removal, and the boob development all in one, confidence-boosting package.  (I actually did end up getting those last two — just not until it was too late to be enjoyed in high school.)  It makes me feel like maybe I do have a niche.  Like maybe there are some people in this world who get me, and even if you don’t, you still like watching me through that thick zoo glass from the relative safety and comfort of your swivel office chair.

And that’s okay, too.

So that’s my situation.

Therefore my choices, as I see them, are to:

a) Keep doing what I’m doing

c) Pick a focus and work to improve

I’m pretty sure, if you know me at all, (and if you’ve been reading for any length of time, rest assured that you DO know me), then you know which one I choose.

I bet you thought that I don’t cook anymore, just because Justin’s beachin’ it in Afghanistan.

What?  There aren’t any beaches in Afghanistan?

Then what the f*ck is he doing there?

Anyway, if you thought I don’t cook anymore just because my man’s not around to eat it, you’d mostly be right.

See, back when he was gone for only weeks at a time versus months at a time, it was easy for me to wax on about Dinners for One and why it’s important to prepare decent meals for yourself like rustic pasta carbonara or  even just a simple microwaved artichoke antipasti platter.  (It sounds fancy because I used the word “antipasti,” but really it’s just a microwaved artichoke served with cheese and crackers and maybe olives, if you’re feeling extra indulgent.)

And I still believe this to be true.

Even so, I just don’t cook as often.  See, I still like to eat well.  But as many of you singletons have been telling me over the years, I’m learning that it’s hard to stay motivated when you come home to an empty house.  It’s hard to want to cook, when you’re the only one there to enjoy it.

But then, when I stop to think about it, I realize — one of my favorite foods is a hot dog.  A thick, juicy, grill-marked, real meat dog on a crisp toasted bun.

Or one of these Wellington Dogs wrapped in puff pastry from our trip to Biker Jim’s in Denver.

END_OF_DOCUMENT_TOKEN_TO_BE_REPLACED 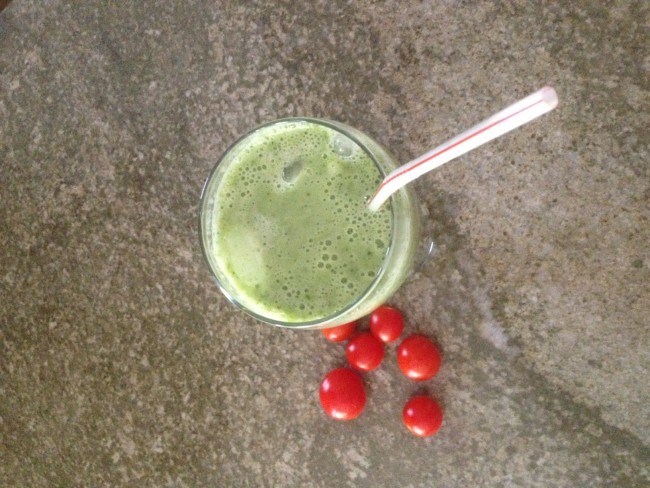 Today, I’ was feeling fat.

I know women can relate.  And guys, don’t tell me you’ve never left your pants unbuttoned under a baggy t-shirt.

So for dinner, I did something I’ve never done before.

I made a smoothie.

END_OF_DOCUMENT_TOKEN_TO_BE_REPLACED

I was at the grocery store the other day, and I saw a hunk of cheese.

A hunk of cheese that, it appeared, had no earthly business sitting in a grocery store in Fayetteville, NC.

Then I came back.  Then I picked it up.  I stared at its martian green marbles, tried sniffing through the plastic.

Then, instinctually, I set it back down.

No earthly business, I thought.

But I came back again.

It’s just so enticingly green, I thought.  I love green things.  Green is the color of nature.  And dragons.  And travel.  All of the things I love.

(Okay, so travel isn’t green per se, but green is the color of U.S. paper currency.  Which allows me to travel.  So there ya go.)

Green is also the color of mold, which, okay in most cases maybe isn’t a good thing, but I’m pretty sure I read somewhere that mold and cheese belong together.

He just doesn’t know it yet.

So by that logic, this must be the BestCheeseInTheWorld.

So I bought it.  And there, in the store, through the miracle of modern technology, I found a recipe to use it with as well.

Since I had no idea what this cheese tasted like, I didn’t want to risk buying it and have it sit in my fridge for a decade while I, still rife with indecision, decided what flavors would go well with it.

While I was at it, I also did a little background research a la Wikipedia.  Apparently it’s sage — not mold — that creates the marbled effect (hence the name), and it’s pronounced daaahrby — not derby — with a proper English accent, as the British are wont to do.

When I got it home and ripped into the packaging with the ferocity of an 11-year-old girl at a Justin Bieber concert, (hey — I like my cheese), I actually found the flavor pretty mild.  Nothing to get worked up about.

But the open-faced sandwiches I ended up making with it?

Those are worth mentioning.  And I would venture to say that you don’t need to hunt down Sage Derby cheese to make these bad boys.  Any good melting cheese will do the trick.

They’re open-faced corned beef, cheese, and pickled onion sandwiches.  I found the original recipe here, on Food.com, and it’s everything you could look for in a summer weeknight meal:  it’s fast, and it uses the broiler so you don’t need to heat up the entire house with the oven.

To make them, you will need:

1.  Slice your 1/2 onion as thin as possible.  This would be much, much easier with a mandoline.  You know.  In case anyone wants to buy me one.

2.  Stick the onion in a bowl, and add 2 tablespoons of cider vinegar…

…and a pinch of red pepper flakes.

Toss to coat, cover the bowl, and stick it in the fridge.

5.  Spread a thin layer of mayo and spicy mustard.

6.  Remove your pickled onion from the fridge and drain the excess liquid, then add that to your bread slices and top with corned beef.

7.  Slice your cheese thin and add that as the final layer.

8.  Place your sandwiches on a baking sheet and stick ’em 6-8 inches under the broiler for 3-4 minutes.

Watch close — you don’t want to burn the cheese!

9.  Okay, so it looks like boring peasant food, but trust me.  Just take a bite.

I mean, if I’d slapped a French name on it, like Croque-Monsieur, you’d be all over these puppies.

I know we were.

Two nights in a row.

Dinner for One: The Microwave is my Friend.

I don’t cook myself an extravagant meal every night to enjoy with a glass of vino on the back deck while Justin’s away.  I don’t even always go so far as to construct an elaborate sandwich or a box of Mac ‘n Cheese.

Of course, I ate it on the back deck with a glass of wine.

1. Lop off the top with a sharp knife, then cut away the remaining leaf tips with a pair of kitchen shears.  Cut off the bottom of the stem, leaving an inch or so — I left a little much.  The stem is an extension of the heart, so don’t toss it.  Rinse it well, and don’t drain.

2. Place it in a microwave-safe dish with a couple of tablespoons of water.  Cover tightly with a glass lid or plastic wrap.  Microwave on high for approximately 7 minutes.  A knife inserted near the base will slide right in — like buttah — when it’s done.

3. Remove with tongs and let it cool slightly.  Peel off a leaf, dip in some mayo mixed with a bit of lemon juice and fresh basil, and scrape the meat from the leaf with your teeth.  Discard the leaf.

4. When you get down to the heart, pull away the remaining tiny leaves and cut off the hair.  Yes, hair.  Slice the heart into bite-sized pieces so you can savor every bit.