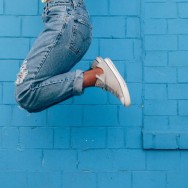 So Basically It’s A Camp For Semi-Introverted Adults Who Believe In Magic.

An unmistakable look of panic overtook her facial features as she put a hand to her throat and ran towards the bathroom. END_OF_DOCUMENT_TOKEN_TO_BE_REPLACED 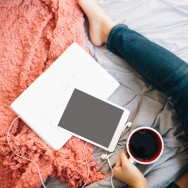 And We’ll All Float On. 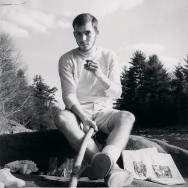 Destination: A deconstruction of Hunter S. Thompson’s letter to his friend.

I’m sitting here, wrapped in blankets with three computers at my sister’s desk in the Chicago ‘burbs and no way of knowing how to access her WiFi. END_OF_DOCUMENT_TOKEN_TO_BE_REPLACED 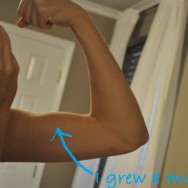 I’m Not Saying Endorphins Are A Myth, But…

I’m not one of those “workey outie” kinds of people.

(except that one time in 2011) END_OF_DOCUMENT_TOKEN_TO_BE_REPLACED 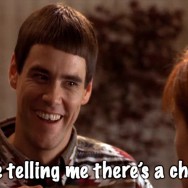 When Things Don’t Go As Planned. 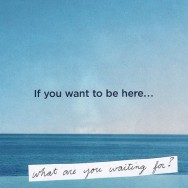 I wasn’t going to do that whole, let’s-get-drunk-on-over-analytical-self-indulgence-and-take-a-good-hard-look-at-the-innards-of-my-soul new year B.S. because ultimately it only leads to an incredibly low sense of self-worth. END_OF_DOCUMENT_TOKEN_TO_BE_REPLACED 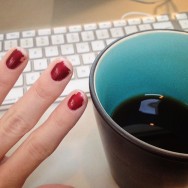 The Year-End Clearance Resolution Sale. All Items Must Go.

I think I need help.

Not of the psychoanalytical variety, although that’s debatable, but of the prioritizational kind. END_OF_DOCUMENT_TOKEN_TO_BE_REPLACED

The eggnog’s been drunk, the gifts have been opened, and that week-long season — the one that somehow manages to suck entire months of our lives into its toothy vortex END_OF_DOCUMENT_TOKEN_TO_BE_REPLACED 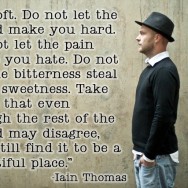 Let’s Get Something Straight. I DO Mind.

(Update: I found the true source of the quote, “Be soft. Do not let the world make you hard,” and it wasn’t Kurt Vonnegut who said it. I was told I should put this first so it shows up in search engines — read on to find out who really said it.) END_OF_DOCUMENT_TOKEN_TO_BE_REPLACED

The Only Bullshitter I Can Bullshit is Apparently MySelf.

Well, it’s another Last of the Mondays for me.

I can’t believe it’s been over 2 years since I last quit my job to venture out into the world of self-employment.

It’s embarrassing to admit now, but I had high hopes. I had high, high hopes that all I needed to do was book a 2-month trip to Costa Rica, be my lovely, endearing self, and somehow — hopefully through this blog — the opportunity to become a travel writer would present itself.

What I learned the hard way is that self-employment — chasing the dream — takes actual work.

In fact, it’s so easy to sensationalize the idea of working for one’s self because of a single, obvious factor: YOU HAVE NO BOSS.

Turns out, though, that’s not true.

Not even a little.

Of course, YOU are your own boss.

Well, unfortunately, disciplining yourself is a hell of a lot harder than getting an earful from The Man, because all you really want to do is take pity on yourself and be patient and understanding and all of those things you got mad at your boss for not being when you were having a rough day. But then, your Self learns. It learns that you’re a crappy boss and a crappier disciplinarian and soon every day turns into a rough day, and before you know it, you’re unshowered Self is crashing your sofa at 2:00 in the afternoon eating Häagen-Dazs from the carton and singing along to My Fair Lady and, aside from feeling sorry for herself because she’s a big fat failure of a Self-starter, she’s really having a grand old time.

So this time, I’m prepared.

I’m prepared to be a badass boss because I’ve learned that the Self-deprecation that comes with mediocrity is so not worth an afternoon of ice cream and Audrey Hepburn.

There are the other bosses. The other bosses are the people who, as an independent contractor, will be hiring me to work for them. With the other bosses will come a whole new slew of demands and expectations, and the only choice for me will be to meet them, head-on, because if I don’t, the only person who can take the blame is ME.

And I’m tired of letting people down.

This time, I’m doing myself a favor, packing a duffel bag full of all of the bullshit I fed myself 2 years ago, and sending it into space with the power of a hundred thousand helium balloons.

(You’ve heard there’s a helium shortage, right? Yeah. That was me.)

The last time I pack my lunch in tupperware.

The last time I roll my eyes at a request from my boss because my new boss, I hear, is unriddled by bullshit and in no mood to play.

This is life, after all, and we can coast on through making excuses for getting caught in the momentum of mediocrity, or we can really try.

Because. With 2 years of tomorrows behind me, I’m no closer to reaching my goals. Failure, at this point, would be a relief next to not even trying. The limbo I’ve been living. The bullshit that’s made me metaphorically fat and lazy and full of excuses.

I don’t want to be that person.